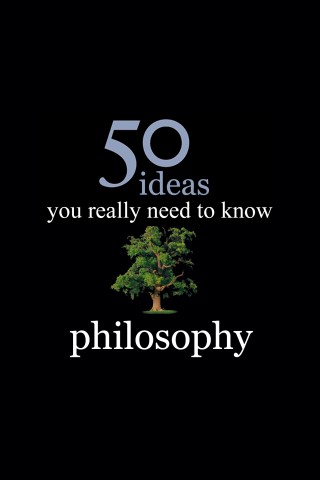 Have you ever lain awake at night fretting over how we can be sure of the reality of the external world? Perhaps we are in fact disembodied brains, floating in vats at the whim of some deranged puppet-master?

If so, you are not alone - and what's more, you are in exalted company. For this question and others like it have been the stuff of philosophical rumination for centuries, from Plato to Popper.

In a series of accessible and engaging essays, 50 Philosophy Ideas You Really Need to Know introduces and explains the problems of knowledge, consciousness, identity, ethics, belief, justice and aesthetics that have troubled the minds of great thinkers for centuries, from the ancient Greeks to the present day.

Contents include: The brain in a vat, Plato's cave, Cogito ergo sum, The mind-body problem, The Turing test, Hume’s guillotine, The boo/hurrah theory, Ends and means, The categorical imperative, Acts and omissions, Slippery slopes, The rights of animals, The gambler's fallacy, The beetle in the box, Science and pseudoscience, Paradigm shifts, Occam's razor, What is art?, Arguments for the existence of God, The problem of evil, Freewill, Positive and negative freedom, Theories of punishment, Just war, and many more.

GuestUser9602 likes Start - Home from Philosophy
over 3 years ago